Raymon Veterans Memorial Park quietly opened in Albion Iowa on July 27, 2021. It was the small, solemn dedication of a park designed to remind visitors of the freedoms we enjoy and those who served, fought and died to keep them.

Wishing to honor our veterans, Larry Raymon, CEO of Raymon Company, and the Raymon family dreamed of providing a place to remember with gratitude, those who honorably wore the uniform of the United States Military. In 2008, Mr. Raymon procured four acres of property just north of Raymon Company’s main building and in 2015 a diligent search for a large military vehicle was underway. The property was cleared of grain elevators, railroad equipment and a whole lot of concrete. In 2017 Mr. Raymon found and purchased a restored M110A2 Howitzer self-propelled gun. More information about this impressive piece of military history can be found below.*

Construction on the park itself began in 2018. Local companies were hired to design and build it including Wertzberger Architects, Structural Engineers, P.C., Hay Construction Services, Hawkins Electrical Service and B&G HVAC. It was finally completed in the Summer of 2021.

While the Howitzer display building is the most eye-catching part of the park, the main focus is the Dedication Plaza. The Plaza has a lighted plaque honoring our veterans, three lighted flag poles with the United States flag, the Iowa flag and the POW/MIA flag as well as bronze plaques embedded in limestone walls recognizing each branch of the United States military. The park also provides picnic tables, restrooms, and plenty of parking. It will definitely be a favored stop on the future Iowa River Rail Trail.

The Raymon Veterans Memorial Park is a privately owned park but is open to the public. The picnic area and restrooms are open April 1 through October 31 from 6 am to 10 pm. 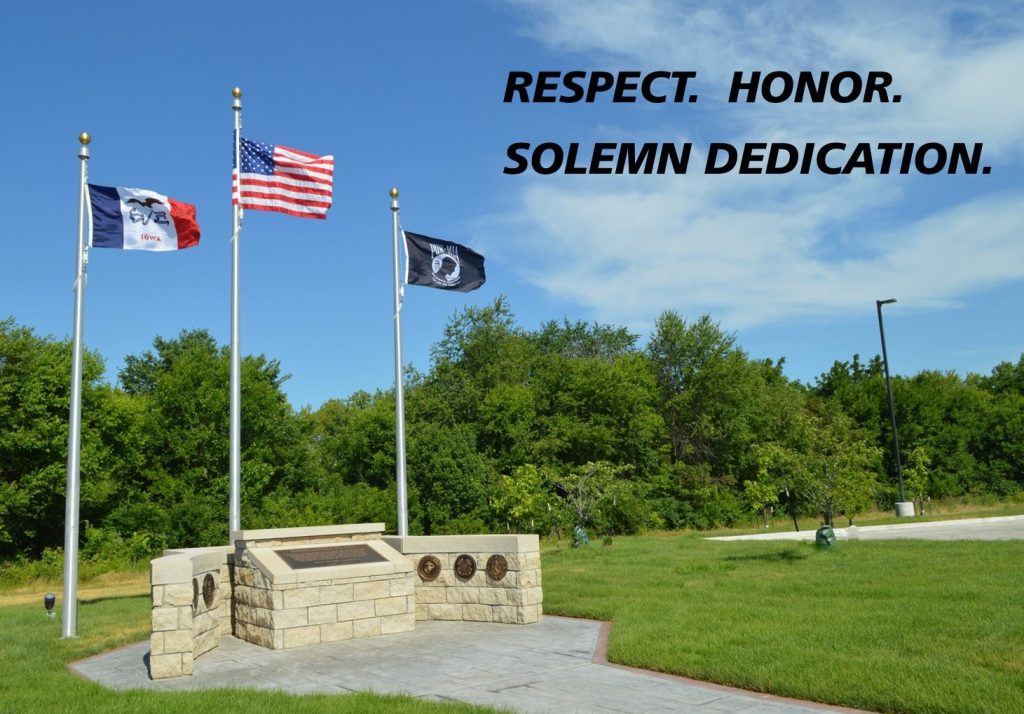 The 8-inch (203mm) M110A2 was first produced in 1980 in York, Pennsylvania.  For many years it was the largest self-propelled Howitzer available in the United States Army’s inventory.  Powered by a Detroit Diesel, the M110A2 is not armored and can travel at a top speed of 45 mph.  The weapon fires a projectile that weighs over 200 lbs. and can travel more than 18 miles!

The M110A2 Howitzer, which was used in Desert Storm, was operated by a crew of 13 soldiers.  While one soldier was the driver, two gunners and two loaders were carried on the gun with the support crew of eight following in an M548 tracked cargo carrier.  The dozer spade located on the rear of the hull is hydraulically lowered into the ground to counter the violent recoil when a projectile is fired.

We are proud to share this piece of military history with the community and the general public.  We hope that it will help serve as a reminder of the great debt of gratitude we owe to so many for our liberty and our freedom. 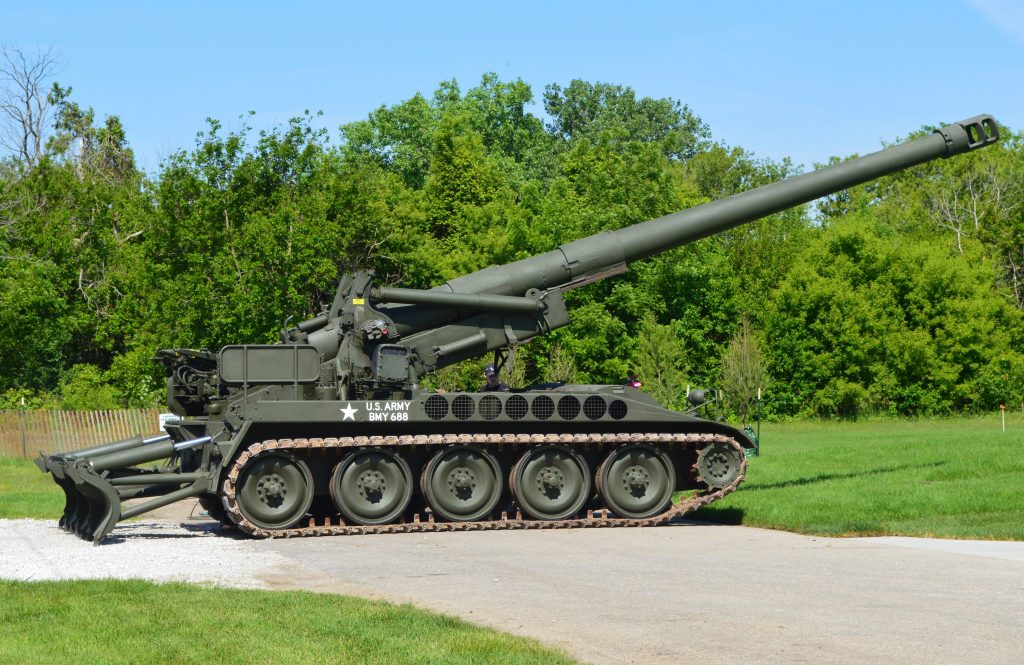